History seems to tell us its culture not real estate that will make Silicon Roundabout work. How will Bricks and Mortar (or plate glass) effect grass roots innovation?

A digital hub in a transport hub: the vision for Silicon Roundabout (courtesy BBC)

In early December, Prime Minister David Cameron and London Mayor Boris Johnson united to unveil plans to transform Shoreditch, East London, in a bid to turn it into a high tech hub for the UK.

In a sure sign that both politicians and journalists still like to think in what Nicholas Negroponte might call ‘Atoms not Bits’ (Bricks and mortar are still seen as more impressive than abstract and rather invisible interventions in the market) media headlines led with the proposed £50 million new building and “largest indoor civic space in europe” which will sprout from Old Street roundabout. Cameron announced that Microsoft will open a technology developer centre and there will be an incubator centre run by UCL with Cisco and DC Thompson to help new companies. It’s not clear the effect this will have on the low rent environment that was Shoreditch’s original attraction for many start-ups.

Although the government now prefers the title Tech City, Silicon Roundabout was the original vernacular used by its earliest denizens. The term seems to have been christened in July 2008 by Matt Biddulph, who was at the time CTO of Dopplr (the online service that lets travellers share future travel plans with friends, since swallowed by Nokia). Dopplr was one of the first 15 companies identified then as a cluster. The term was seized upon by Mark Prigg, Science and Technology Editor of The Evening Standard with the headline “Roundabout is London’s Answer to Silicon Valley”.

By the time DEMOS had written the report “A Tale of Tech City: The future of inner east london’s digital economy” in June 2012, the area had gained both acreage and density with over 3,200 firms and over 48,000 jobs.

This makes it the biggest employer of all the UK ‘Silicons’: Silicon Glen (Dundee/Inverclyde) and Silicon Fen (Cambridge). There seems to be a contest on for Silicon Beach between Brighton and Bournemouth, which hasn’t yet caught the public imagination.

Why is it when we talk about clusters of high-tech companies and media agencies, it isn’t long before some comparison to Silicon Valley is made? No other Silicon suffixed cluster has been able to nestle within a capital city outside of Africa (Silicon Lagoon in Lagos, Silicon Cape in Cape Town and Silicon Savannah in Nairobi tell a story of central funding in Africa), so London’s cluster is quite unusual in this respect. Israel’s Silicon Wadi centres around Tel Aviv, (although it has since stretched to Jerusalem, however that may be due to the concentration of space in Israel, and also media agencies like Thomson Reuters and the BBC needing such a base). Less well known are Silicon Alley in New York, Silicon Dominion in Virginia and Silicon Forest in Portland, Oregon, to name just a few.

As AnnaLee Saxenian Dean and Professor in the School of Information at the University of California, Berkeley, – who has spent years studying the valley’s attributes – says “Simply having the ingredients of Silicon Valley doesn’t mean you have its regional dynamism. This notion that you can grow the next Silicon Valley by putting together a science park, venture capital and a university has been roundly disproven.”

So what makes Silicon Valley endure, and can we learn anything from it? The Santa Clara Valley (originally mostly walnut and apricot farms) seem to be as much about the culture engendered as the low rents and lock-ups of the time, and the ready supply of gifted students from Stanford and Berkeley.

AnnaLee Saxenian charts how what became Silicon Valley benefitted from the collapse of the Boston high-tech centre that had built up around Route 128 in the 70’s defined by six of the ten largest technology firms in the world (including DEC, Wang, Lotus, Raytheon, Sun Microsystems).

The towering monoliths of Route 128 operated in competitive secrecy. Former DEC (Digital Equipment Corporation) VP Gordon Bell remarked that DEC was “a large entity that operates as an island in the regional economy”. At one point DEC employed more than 120,000 people, which like it’s rival neighbours was constricted by an insular culture that was enforced by ‘non-compete clauses’ and non-disclosure agreements, and scientists who were dissuaded from publishing in acknowledged peer-reviewed journals.

Against this command and control backdrop, where these ‘island’ companies kept to themselves, there was an urban culture of openness and collaboration developing in California. Silicon Valley’s success and Route 128’s nadir was about two competing social and business cultures rather than the setting aside of business parks or tax incentives.

In “Imagine: How Creativity Works”  Jonah Lehrer charts how the creativity of an urban area depends upon its ability to encourage the free-flow of information.  Although both Boston and San Jose had a density of talent, the talent wasn’t able to interact or share within the Route 128 cluster.

In urban California, the start-ups were more informal and being smaller, had to share engineers and techies to get by as a necessity. Work was more project-based, with companies having short lifespans (the average tenure at a Silicon Valley company was less than two years). The café and bar culture promoted informal interaction and dense social networks loosened tongues. Whereas information flowed vertically in the towering walled fiefdoms of DEC, Lotus and Wang in Boston, it flowed horizontally with ease in California. Also non-compete clauses (a powerful weapon in the hands of the big Boston corporations) were almost never enforced in California, thus freeing out of work engineers and executives to quickly re-enter the job market and work for competitors.

Informal urban networks grew through bar and café culture- and the zeal for informal meeting places spread to loose groups like the now almost mythic Homebrew Computer Club, founded in a Menlo Park garage in 1975. It was a club for hobbyists, since there was not yet an established industry for this new creativity. Within a year nearly 750 people were members. As early member and doctor, engineer, and entrepreneur Bob Lash states “The excitement at homebrew was electric, and during the period of ’74 to ’76 I constructed a working 12-bit microprogrammed minicomputer using a 30-bit micro-control store entirely out of about 100 SSI/MSI TTL wire-wrapped chips, which (thanks to the understanding of my wife) I still have in the garage” Members built their own inexpensive machines from components to impress each other, and circuit diagrams and schematics were shared as freely as advice and support. Alliances were made; it was here that a Hewlett-Packard engineer called Steve Wozniak had shown his ground breaking twenty dollar microprocessor with 256k of memory that caught the attention of a young Steve Jobs. As interest grew, meetings moved to the Stanford University Physics department. 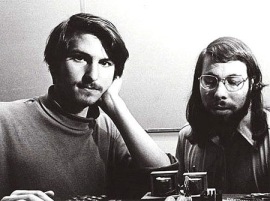 Through a culture of informality, unregulated curiosity, sprawling social networks and a lack of centralised policy Silicon Valley grew to spawn 225,300 high-tech jobs and the most billionaires in the United States per capita.

It’s clear that this culture was also present in Silicon Roundabout’s inception. Hoxton’s cafes, bars and clubs provide that informal network, where everyone knows everyone. In a 2008 article Alexandra Deschamps-Sonsino, of interactive consultancy tinker.it (the online store for Arduino products), said the area had developed a sense of community, adding: “We are based in a building with a courtyard in the middle and everyone around is doing really exciting things. Generally we all end up having coffee together and comparing what we are working on. I think a lot of deals have been done that way.” That was in 2008, but Alexandra is still in Shoreditch, as an interaction designer & entrepreneur at Designswarm. Matt Webb, co-founder of design consultancy Schulze and Webb, said “The networking possibilities are amazing. On our first day here we were having lunch in the park and we came across the guys from last.fm, who we are really keen to work with”. 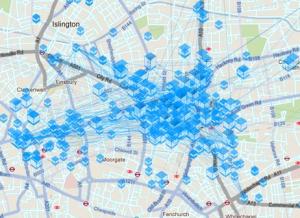 It’s this cultural narrative that politicians often miss in their desire to see high tech clusters mushroom in their own backyard. It’s a culture of serendipity and accidental meetings, a loose social network where unplanned alliances can transform companies.

In London we are seeing the rebranding of Silicon Roundabout into Tech City, led by the creation of the Tech City Investment Organisation (TCIO) as a branch of the government’s UK Trade & Investment (UKT&I) group. Erik van der Kleij, chief executive of the Tech City Investment Organisation outlines their mission “The digital sector is the only sector of the economy that is capable of giving us double digit growth. At government level, that is an area we’re very keen to help with and not mess up. We want to do the things at policy level to help growth happen” Plans involve merging Tech City with the vacant Olympic Park media centre further east in Stratford which has never had the social buzz of Shoreditch, but definitely has the post-Olympic cheap rents.

In their 136 page “A Tale of Tech City: the future of inner East London’s digital economy” Demos’ Centre for London thinktank issues a caution; “There are fears that by concentrating its energy on the Olympic Park sites, which many see as the main reason for the government’s continued attention, the TCIO risks diminishing the energy of what is still a young cluster.”  It also comments “our evidence also tells us that artificially generating clusters in mature industries – as digital content and ICT now are – is very difficult”.

Innovation and Growth is not an exact science. It may well be that the Tech City vision will be realised not by a 50 million pound civic centre and start up incubator complex as much as the ability to hold whatever todays version of the Homebrew Computer club may be, in some bar or café, where chance encounter and talent footfall might combine and connect. 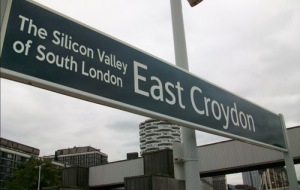 Where next? But the culture needs to be right for Innovation, and that means social culture too.

1 thought on “A Roundabout way of doing things”